Our department is comprised of the following business areas:

The department is led by our Executive Leadership Team.

In September 2022, Andrew took on the role of Director-General, Tourism Innovation and Sport (DTIS) and is leading the government’s key objectives to grow and strengthen the state’s visitor economy, innovation agenda and participation in sport and recreation.

Andrew joined DTIS in late 2021 as the Deputy Director-General, Tourism Recovery, Olympic Engagement and Legacy, with the focus of championing Queensland’s visitor economy, bringing the Tourism Industry Reference Panel’s Action Plan for Tourism Recovery to life and working in lockstep with Tourism and Events Queensland as well as industry.

Prior to taking up this role with DTIS, Andrew has spent over six years in executive roles in the Northern Territory, most recently as the Deputy CEO in the Department of Industry, Tourism and Trade, leading the teams at Tourism NT (including StudyNT), Screen Territory and Liquor and Gaming and Racing.

With an extensive background leading high performing teams in the tourism, major events, entertainment, sport and cultural industries in Australia and internationally, Andrew has led teams to deliver an increase in visitation, industry investment, successful major events, and projects. Having worked in both the public and private sectors, Andrew is well versed in working with stakeholders to find new ways of working together while overcoming roadblocks along the way. Gayle leads the department’s Tourism Division, including delivery of Queensland’s tourism industry strategy, an enduring framework to guide the industry and government partnership to deliver long-term growth and success for Queensland tourism.

In this role, Gayle acts as the champion for industry, working closely with industry leaders, Tourism and Events Queensland, Stadiums Queensland, and other government agencies to bring the tourism industry strategy to life and deliver outcomes over the next ten years.

Gayle is an experienced professional who has held executive roles in international business, marketing, government and stakeholder relations. Her experience includes senior roles in metropolitan and regional Queensland, as well as in Asia.

From 2020 to 2022, she led the government’s COVID-19 tourism recovery efforts including delivery of over $150 million in tourism industry support packages and developed initiatives to help future-proof the industry. Lea leads the department’s innovation portfolio, which is responsible for supporting innovative practice across government. She also leads the Advance Queensland initiative to foster innovation and entrepreneurialism, capitalise on our natural advantages, and help raise Queensland’s profile as an attractive investment destination.

Prior to working in the department, Lea led Science Development for the Queensland Government. She has a long history in sustainable land management, working across portfolios for agriculture, natural resource management, the Great Barrier Reef and environmental management. Lea aims to bring together science and innovation, with policy and outcomes for business.

Andrew has more than 20 years’ leadership experience in property, infrastructure, stakeholder engagement and public administration and is the Deputy Director-General leading sport and active recreation across Queensland, and the department’s corporate services.

Andrew previously held the position of Executive Director of Venues and Sport Infrastructure within sport and recreation where he led the program management, infrastructure planning and investment and delivery of key sporting capital projects, and the management of the Queensland Venues and Recreation Centres. 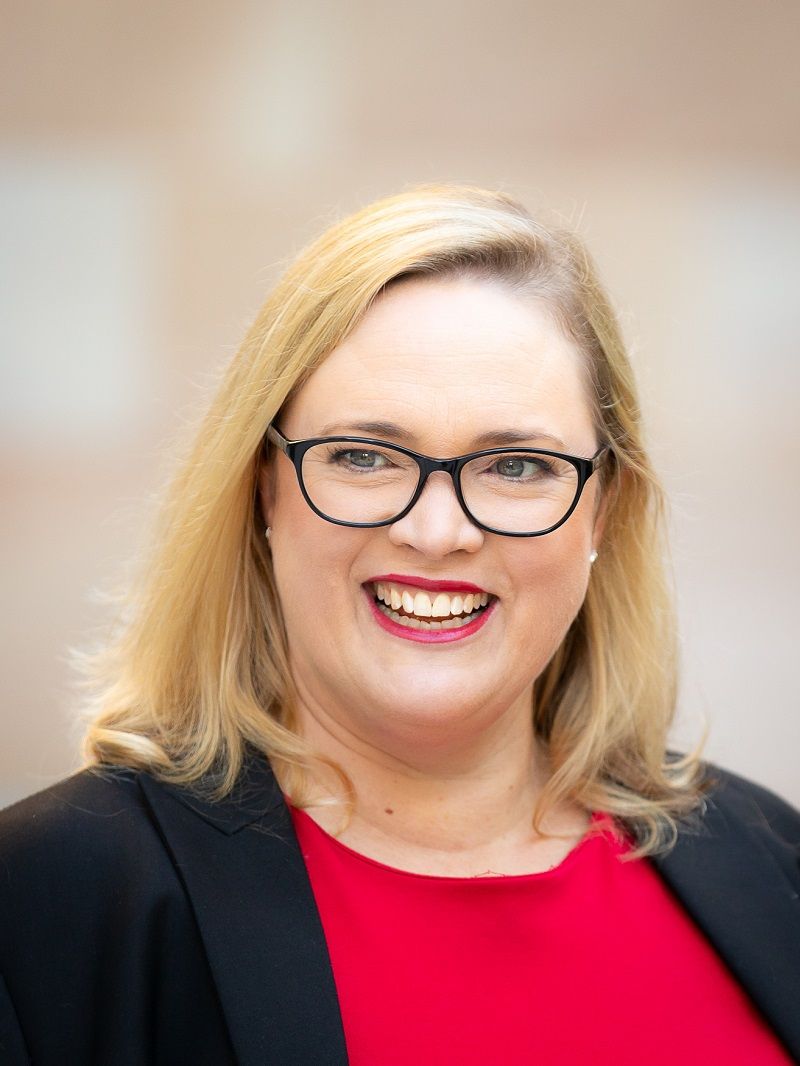 Sarah has been working in corporate services with Queensland Government for more than 25 years. She has experience leading high performing teams who have been responsible for payroll, financial services, internal audit, legal, workers’ compensation statutory claims and premium and stakeholder engagement. She is also a Fellow of Certified Practicing Accountants.

Prior to joining QSS, Sarah worked at WorkCover Queensland in various roles within the business leading teams responsible for setting and collecting the premium, deciding and managing statutory claims. Chelsea is an experienced leader in driving transformational change within high performance sporting industries. She is well positioned to lead the state’s leading high-performance sport agency responsible for the preparation of Queensland’s most talented athletes to perform on the world stage.

Prior to her position as Chief Executive of Queensland Academy of Sport, Chelsea held the positions of Deputy Director of the Great Britain High Performance system for the 2016 Rio cycle and then Director, where her primary objective was to drive the strategic development of the British High Performance system to ensure sustained medal winning success.

Over the 20-year period she played pivotal leadership role enabling Team GB and Paralympics GB to progress from 36th on the medal table in Atlanta 1996, to second in the world by Rio 2016.

Chelsea has also held numerous Board position across several National Sporting Bodies and Institutes of Sport such as British Tennis and the English Institute of Sport.

Chelsea hopes her leadership skills, international high-performance experience and expertise can play a significant role in supporting Queensland become a sporting powerhouse especially in the lead-up to the Brisbane 2032 Olympic and Paralympic Games.