The Gabba will play host to four Super 12 Stage games over three days from 30 October to 1 November during the 2022 ICC Men’s T20 World Cup, including games featuring Australia, New Zealand and England.

The tournament schedule shows the Gabba hosting a double-header on Tuesday 1 November, highlighted by England playing New Zealand in a replay of the thrilling 2021 World Cup semi-final.

Defending champions Australia play the Round 1 runners-up of Group B on Monday 31 October, while Afghanistan and Bangladesh will also feature in games at the Gabba.

The tournament will be the biggest global sporting event held in Australia this year, generating $4.9 million in tourism benefits for Queensland and attracting thousands of visitors.

The ICC T20 World Cup will feature 16 teams playing 45 games in seven Australian cities from 16 October to 13 November 2022, with the final to be played under lights at the MCG. Brisbane match schedule 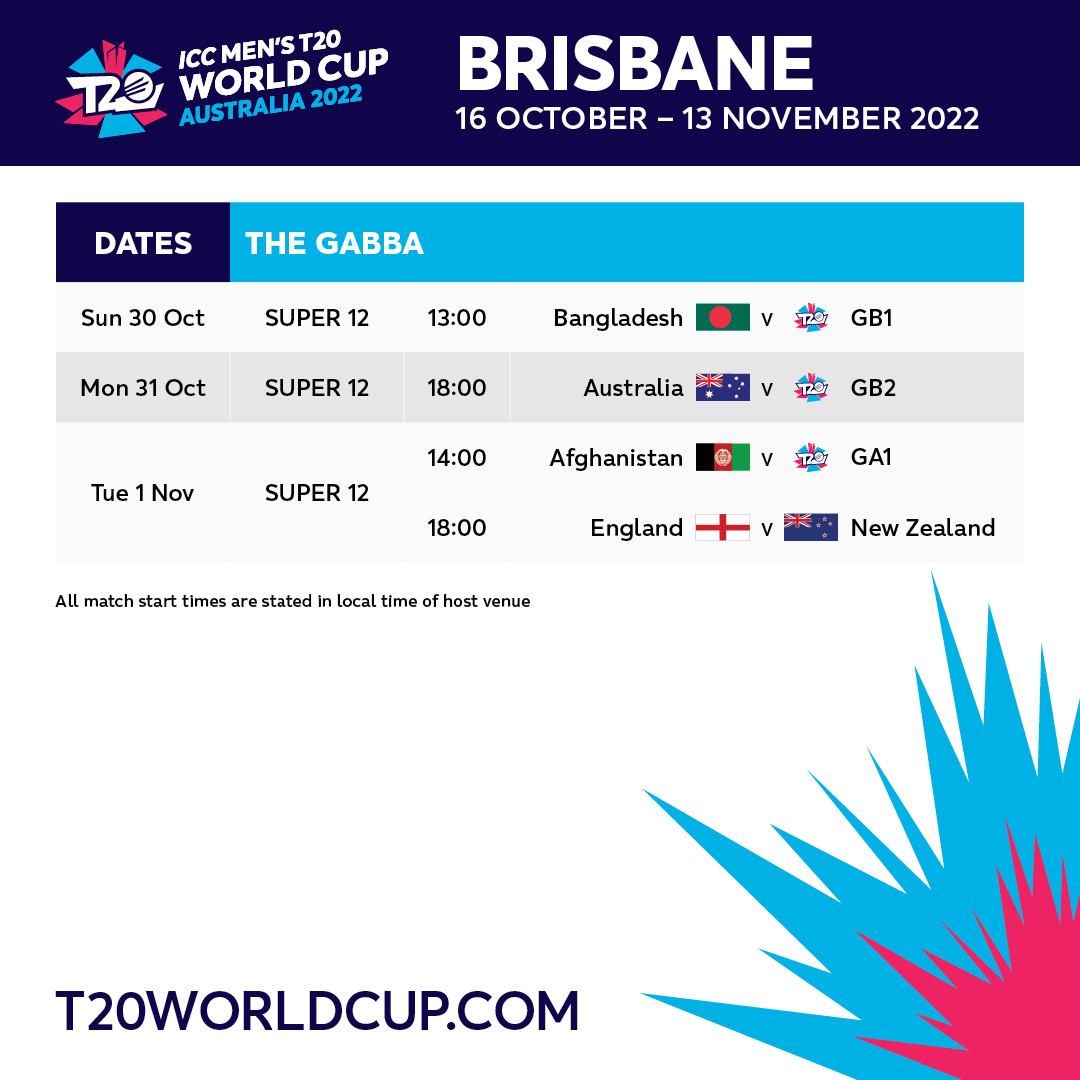